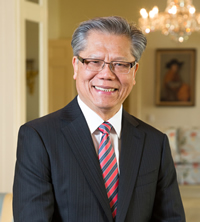 His Excellency was born in Central Vietnam in 1954. He and his wife, Lan, arrived in Australia in 1977 and settled in Adelaide.

His Excellency earned a degree in Economics and Accounting, as well as a Master of Business Administration, from the University of Adelaide.

From 1991 he worked at the Australian Securities and Investments Commission, where he led many high-profile matters.

His Excellency has also served on many community boards and committees, in particular those relating to diversity, the arts and education.

A former Chairman of the Multicultural and Ethnic Affairs Commission, His Excellency served for several years as the Lieutenant Governor of South Australia, before his appointment as Governor in 2014.

It is understood His Excellency is the first Vietnamese-born person in the world to undertake a Vice-Regal position. In June 2016, His Excellency was also appointed as a Companion of the Order of Australia, for service to the community in South Australia. 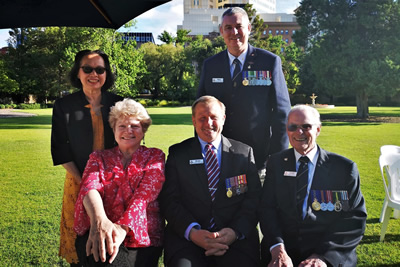 On Thursday 14 November 2019, committee members of the SA Branch of the Order of Australia Association were guests at a Garden Reception at Government House, Adelaide hosted by His Excellency the Honourable Hieu Van Le AC, Governor of South Australia, and Mrs Lan Le. The reception was to acknowledge community organisations of which the Governor and Mrs Le are Patrons or are otherwise closely and formally associated with. Mrs Le kindly joined the Branch representatives for a photograph.